Why electric vehicles hit the spot

In the latest in a weekly series of columns published in The Times Enterprise Network, Simon Morrish shares his experience of operating more than 100 electric vehicles
Home > Insights > Articles > Why electric vehicles hit the spot

I remember making bets with friends back in 2015 that electric vehicles would replace their fossil fuel counterparts because they would prove to be both better and cheaper, as well as greener. Back then it was not a widely held view. My friends would be reluctant to make such bets today.

We bought our first fully-electric company vehicle (EV) — a Tesla — in 2014. We had 10 by 2016 and more than 100 by last year. We haven’t bought a new combustion engine car since March 2019. Every company car we replace is a nice clean swap. By next year our entire car fleet should be electric. Trucks and commercial vehicles will take us a little longer — but we’re trialling options and starting to place larger orders.

We do it because we simply believe in non-polluting vehicles. The cars are also superb and our employees love driving them.

But we also do it because the cost to the business is the same as running a fossil fuel fleet when driving 15,000 miles a year or more. There is no financial “penalty” involved in going green. This is partly due to the government’s helpful benefit in kind (BIK) taxation incentives on electric vehicles. Any employee issued an EV at Ground Control does so with a salary sacrifice of either £1,500 or £3,000 depending on whether they’re a low or high rate taxpayer. Because they are giving up a petrol or diesel vehicle with a BIK of around £2,600 and more expensive private mileage, they are better off each month despite the salary sacrifice. A £3,000 sacrifice translates, with national insurance, to a £3,400 annual saving for the business — £17,000 over five years. Combined with the lower running costs, operating a Tesla Model 3 costs about the same as a £17,000 Ford Focus.

As a kind of quid pro quo for the benefits the employee enjoys, we insist that they convert their home energy supply to a green electricity supplier. In this way, we ensure there are no carbon emissions from our mileage.

Despite the higher ticket price of an EV (there are many cheaper options than Tesla), the savings make it economical. Especially when you factor in all the fuel savings. We have worked out the costs, and a fossil fuel vehicle typically costs 10p to 15p per mile to run, while an EV comes out at just 1p to 2p. A massive difference.

The servicing costs are lower as there is so much less that can go wrong: no oil changes, fewer complex mechanical repairs and the depreciation on EVs is much lower than with legacy vehicles too.

Another advantage of Tesla is the excellent safety performance and driver-assist functionality, which means they should be upgradeable to fully autonomous vehicles as the technology develops.

Of course, there are a few caveats to make. The first is charging — although this isn’t as big an issue as some think. Employees need off-street parking so they can charge their vehicles overnight. If they haven’t got that, it’s unfortunately not as practical. At Ground Control, we cover the cost of installing a charging point. We’ve also launched an automated service — Fleet Fix — that supplies, installs and manages the EV charger process for fleets like BT and Cadent Gas.

The second caveat is that — to be quite frank — Tesla’s customer service is awful. It hasn’t improved much in the seven years I have dealt with them. They are slow to respond to issues or arrange repairs. We purchased the vehicles with our eyes open to this. The quality of the cars more than makes up for the deficiency — but hopefully, they will sort it out some day.

Looking to the future, imagine a fleet of autonomous vehicles, transporting employees around during the day, then converting themselves to “Robo-taxis” when not needed.

All this means that I’m all in favour of the government’s ban on the sale of new petrol or diesel engine vehicles from 2030. If anything, it should take effect sooner. EVs already make commercial sense for businesses. The good news is that no one need wait for 2030 to act — think about “going green” with your passenger fleet as soon as you can. Get ahead of the curve because it pays to do so.

Before making an offer, get into the mindset of the seller

Martin Leuw, Chairman of Ground Control, talks with the Times Enterprise Network about getting into the mind of the seller
Article

B Corp certification can show you're A-grade

In the latest in our monthly series from the fast-growing outdoor maintenance firm Ground Control, Kim Morrish explains why it has just become a B Corp 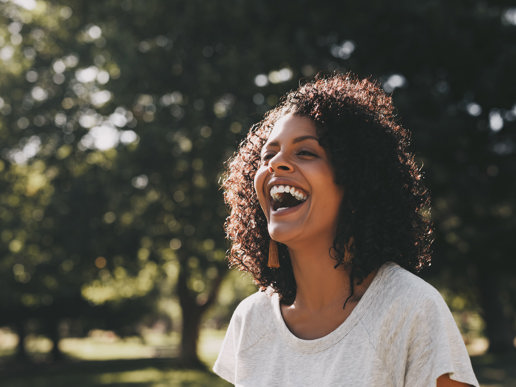 Spending on mental wellbeing is a wise investment

In the latest in The Times series with Ground Control, Kim Morrish makes the business and moral case for investing in mental health training